A few days back, Shashwat, my 9 year old son, came to me and said “Mummy I don’t want to be alone in my room, I

am scared, please come and sit with me”. I tried to explain him that there was nothing to be scared of and there was no one else around him, other than himself but he refused to understand and I had to finally give up explaining him.
Later when I was sitting by myself I started to wonder, Why was Shashwat scared? What was the fear all about? He was in his own house, in his own room, then why..?? But then I recalled, when I was his age, I too felt the similar jittery feeling, if I was left alone, but why??!!
The flavours of fear have changed as we grew up, from not wanting to be alone to -Fear of future-Fear of loosing reputation-Fear of being 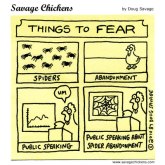 wrong Etc etc. Innumerous fears bind us,  IT’S A LONG LIST and we can carry on and on and on. ..
What is this phenomena called “DAR” or “FEAR” that each of us experience! It would definitely be worth looking into this phenomena because fear can restrict our freedom, isn’t it!
Allow me to share with you an incident with which we could draw an analogy to reflect upon why Shashwat was afraid and also why we may be afraid in life.
The incident was as follows-
It’s a couple of years ago, when we were at our Bangalore Ashram for the Navaratri Pooja. On the last day of the week long Pooja there was Chandi Homa being performed. At the end of the Chandi Homa, Devi (divine energy) was being worshiped in her different forms. Also in form of Animals. Among oth

er Animals who were invited for this ceremony was also Indrani (a female elephant who lives in ashram) .
To everybody’s wonder Indrani who is otherwise a well behaved obedient elephant on entering the Yagya shala (Pooja hall) suddenly became violent and retrieved backwards making a loud sound. She was immediately taken out of Yagya Shala. Everyone was taken aback by this unusual behaviour of Indrani as this had never happened ever before.
Something that no one noticed, Gurudev did (just like he always does), the reason for Indrani’s unusual behaviour. And he immediately asked the camera men to switch off their display screens. And then Indrani was once again called in the Yagya Shala. This time everything went smooth, she was her sweet obedient self again. And the entire Pooja concluded with all the sacred rituals.
But this incident made everyone think, What had happened to Indrani?  what was she so fearful about?? No one knew!!!
Later that evening in Satsang Gurudev explained the reason- “Indrani saw her own image on the screen and got scared of her own form” . She had no clue that she was looking at her own self and her majestic form scared her. Yes! An elephant is not aware of his/her own form. They don’t know how big they are. Wow! That can surely be scary, an encounter with oneself, especially when you don’t know how massive you are, isn’t it!!
So could that also mean, that we also experience fear because we don’t know our real self? Because we don’t know how massive we are?
Yes! We are unaware of our real self and that is the basic cause of fear in our lives. If I wasn’t on the spiritual path I would never be able to comprehend this.
As we grow older the flavour of fear changes because now we are grown up and we realise we are stronger than before but only to a limited extend.Because that which we recognise as ourself is limited, the limited gross body only. The body which is inert and perishable we identify with only that and so remain fearful throughout our lives.
Being on the spiritual path can grow us in strength and eliminate the cause of fear. An encounter with the real self and we get to know how magnanimous we are, all kind of fear can vanish from life. It’s when we grow in ‘that’ aspect of us which is indestructible the very reason for fear drops, naturally.
The irony lies in the fact that Indrani would never know how powerful she is and we too can remain ignorant towards our real

strength and remain in the shadow of fear, for a lifetime and more.
But there is a sure short way to overcome all fear in life.  Meditation can wake us up to the reality of what we really are. And we as humans are gifted to have access to a solution.
In this sense the real growth for Shashwat would be when he discovers  himself and wakes up to his own strength. And then he will never feel afraid of being alone anywhere in this world…
And for you!!!
Just for fun!!
You might relate being in one of these situations if you have encountered this ghost called fear-
“Will you marry me”? What if she says no?? My life will be a hell without HER!!!!! OMG
“What if I don’t Pass a second time”? My entire future depends on this one?? How will I show my face to my Parent!!!! OMG 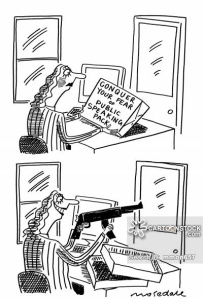 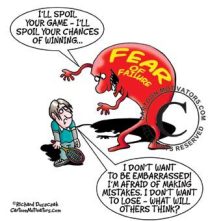 “I have never faced such a big crowd  ever before, what if I fumble”? What will they think about me ?? Everyone will laugh at me!!! OMG 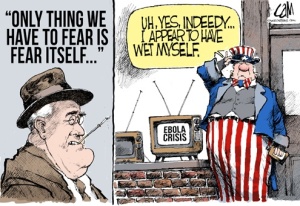 MEDITATION is a MEDICATION for CHILAXation! So Meditate and Chilax bhai.. Mountain Dew won’t really help!! ;)) 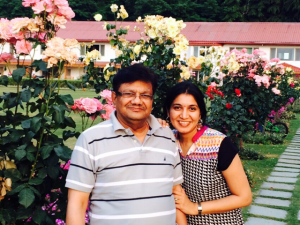 Dearest Papa,
I can never fully express my love for you in words,  ever… I still keep making attempts for my own contentment 🙂
Though i have lived away from you after marriage, even for a moment, or for a breath, i have not forgotten to offer my gratitude towards God for having you as a Father and Mummy as a mother .
Your teachings continue to guide me, like the light coming through a tall light house does guide a ship through the thickest fogs and darkest nights, makes my sail steady and smooth always.
My experience differs from those who say that God is confined to the limits of the stone statues adorned in alters. And also from those who believe, that to be a saint,  you have to give up your worldly duties and resort to being on higher altitudes of physical space. As in the limited sphere of my understanding and learning, God reflects in his creations. And a Saint is one in whom he shines through more than in other beings. Like a mirror which reflects light in it’s totality, a saint’s inner faculties reflect though, even through his smallest mortal actions and behaviours, the pureness of consciousness more than it does in other beings .
And in my experience I have seen God reflecting through you all my childhood and I continue to see the saint shining in you ever since.
The remarkable strength of your character, the ability to be still through opposites, the laser sharpness of intellect and the sensitivity of a mother. The patience of a teacher and the objectivity of a scientist, the spiritual dept of a yogi and the playfulness of a child and your deep humble sweet voice. How could a name have matched a personality better!!
Now even more than before, after going around the world and experiencing so many flavours of life, that I have the maturity to cherish the worth of my invaluable gift that I was bestowed with, more and more. Blessed to be chosen as your daughter. 🙂
A Guru uncovers ignorance, a Guru raises you to a level where you acquire the inner abilities to recognise purity. The vision seems clearer than ever before and there are no clouds obstructing the light of the Sun, today. The fruits that are bestowed in my life are the results of the deeper roots that I have inherited. Believe me with my eyes closed and open I have always been grateful and thanked God!!
And I will continue to express no matter how many times i fail, thank you Papa, for being you.
May you continue to shine for hundred years and more adorning the world with your presence. It’s for creator’s creations as perfected as you, that the world looks more meaningful and beautiful.
Gratitude and love
Your Guddia

Error: Twitter did not respond. Please wait a few minutes and refresh this page.