Once upon a time few rare crabs were imported from planet Jupiter to earth. And an experiment was done.

1) Two open jars were taken . Number One and Number two; And these jars were placed in front of an ocean.

The Two jars were observed carefully for a few days

Jar no 1- All the crabs seemed to be sleeping . Immobile and completely relaxed with eyes closed. As though they  were on a vacation , Sun bathing in front of the ocean.

Jar No 2- In contrast here, there was restlessness. Like these guys were suddenly put in middle of a traffic jam in Mumbai and they had no clue where to go, suffocated and nauseated by this sudden shift of environment.

Jar No 1- These guys seemed finally tired of their vacation and opened their eyes. All of them held their hands together formed a crab pyramid and one after the other helped each other move out of the jar. Effortlessly effortless… As though they were enlightened!!!

Jar No 2- Oops! these guys looked tired for some other reasons. When a crab would crawl up a little using utmost strength, the others would pull him out. Some were climbing over the other, a few who had risen little higher by attacking the weaker or the tolerant one, had announced they were super powers. The ones who were down below were waiting to hit back when they got a chance. And Jar war 1, Jar war 2, and three happened.

Jar No 1- This jar was completely empty and these crabs were now dissolved in the infinite ocean. But one crab from Jupiter found his way to Jar no 2. Let’s name him the enlightened crab.

Jar no 2- The enlightened crab again seemed to have fallen asleep in the midst of all the jar wars going on in there. Slowly a lot of tired crabs were attracted by this guy and went near him and tried power sleeping like him.

Jar No 2- The enlightened crab finally opened his eyes and whispered a secret code in the ears of the crabs flocking around him (a handsome number had gathered around him by now.) and they all held their hands made a crab pyramid and moved out of the jar one by one, helping each other. Those who did not choose to join continued there journey in the jar, but the ones who got the secret code were now Merged in the Infinite enjoying the thrills of the ocean, surfing, playing, celebrating being free….

But what was the secret code??

I heard it vaguely from distance it sounded like

And until the other crabs of the planet earth learn to unzip this secret code, the journey in the jar continues….

1) Species from Planet Jupiter seem to be enlightened

2) Take Power naps specially if someone close by seems to be enjoying one. Just follow him.

3) Keep eyes and ears open you might get the secret code from someone.

4) Never give up at any cost, because if a few are ocean surfing over there ,one always has a chance too..

Disclaimer-This story is fictitious, any resemblance to any character from Jupiter or earth is incidentally coincidental…

Just for a laugh… 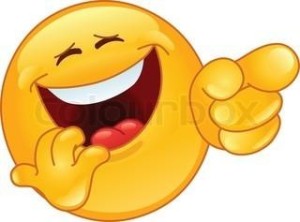