In 2014 we helped the election commission to enroll five lakh new voters in the country. We worked 24 hours a day for over a Year because we were working for our countrymen to rise and understand the power of their vote. Our nation was looking for a U turn towards path of prosperity ..

Thanks to your leadership a lot has changed in last five years. But it only feels like a good beginning for the long journey ahead all of us. The flight needs to take off now!!! The beneficiaries, the citizens of our country are expecting miracles to happen in their lives under your leadership. For they have been deprived too long for hundreds of years. India deserves to be a Golden bird again, isn’t it!

Here is a wish list of voters who look forward to the next five years of your term for the making India a JUST, Peaceful & Prosperous Country.

A very strong and effective Judicial system for fast tracking cases which remain pending for long. Justice delayed is justice denied. Stringent action against culprits who break laws. The administrative body to be made more effective and corruption free.

At regular time intervals there must be third party audits of government spending on different welfare schemes. Very often the funds sanctioned on paper do not reach the actual beneficiaries. Making them unsuccessful.

Empowering the local citizens and taking their help for effectively implementing government schemes is good example for making governance effective. An example that should be followed. Give back powers to people and they will do wonders.

Bringing back the lost pride to Farming sector. We need educated youth to look at farming as a respectable & lucrative career.

Promoting Organic & Natural Farming practices for betterment of environment & health. Making India self sufficient in food production. Indian Farmers are intelligent, they have over the years with their best practices, learned to yield three crops in an Year. They do not need freebies or sympathy. Empower them with water and electricity throughout the year for farming & they will generate wealth themselves.

“I’m for improving the education system by providing quality training to teachers. We don’t have efficient , knowledgeable, dedicated teachers in Govt schools. That’s what sets apart the govt schools from the elite schools.”

Shashank Poddar (CEO of a company which employees 2000 people)

Continuing development in the field of science, establishing happiness centers, skill development centers adding benefits for our soldiers, including spirituality in the education, leading make in India movement to new heights, Overall reviving India to the Superpower that it has been

The list may seem long, but we are with you for bringing these reforms. With the support and blessings of our Countrymen – Hum honge kamyaab. And in 2024 we shall again have you, Dear Prime minister, our leader once again 🙂

PS: We would love to know your wishlist from the government in the comments section below! 🙂 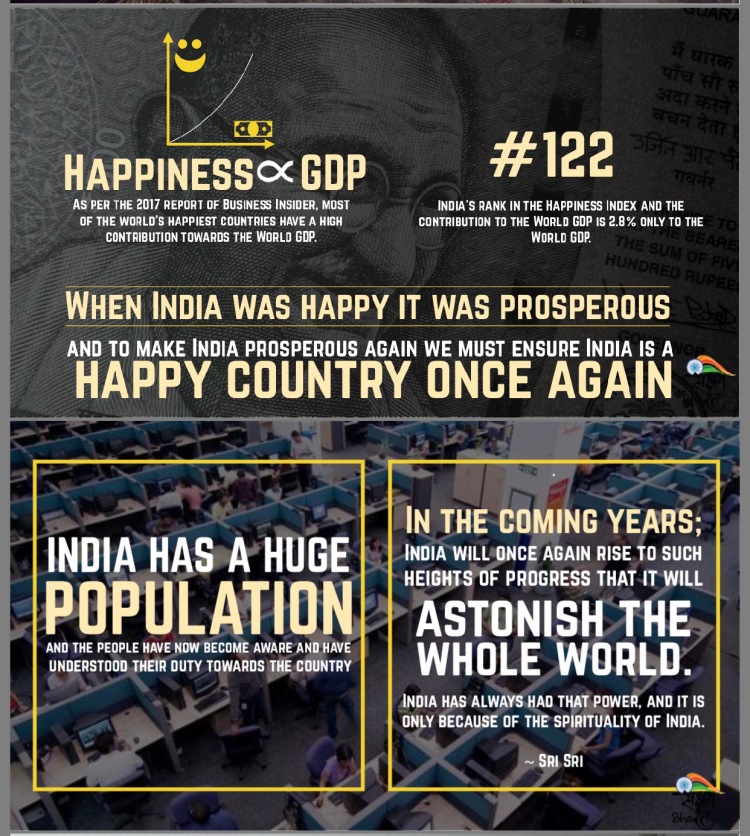 5 thoughts on “Voice Of India”